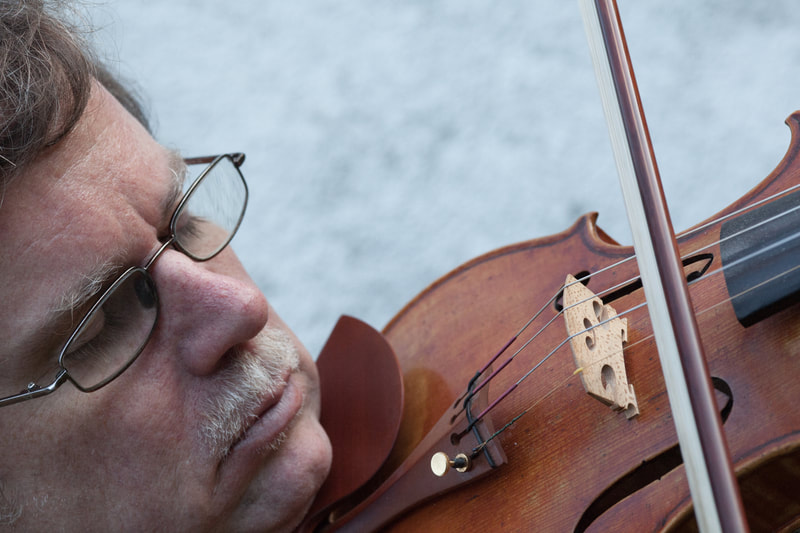 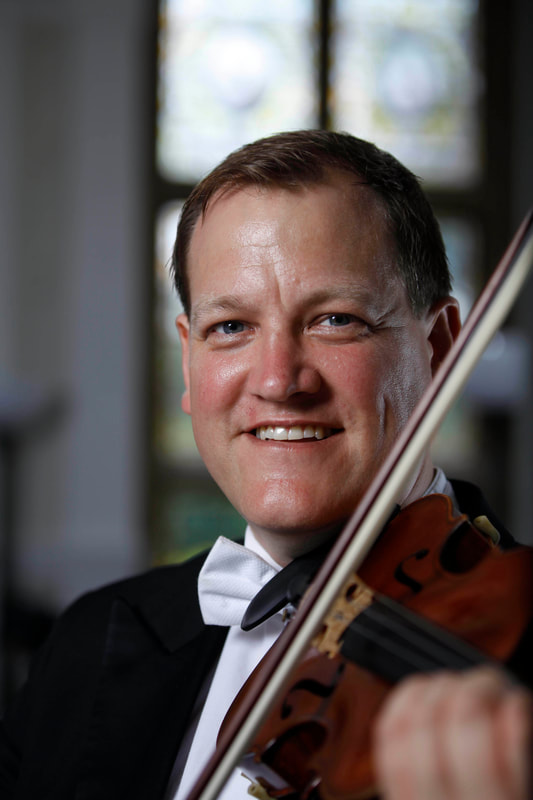 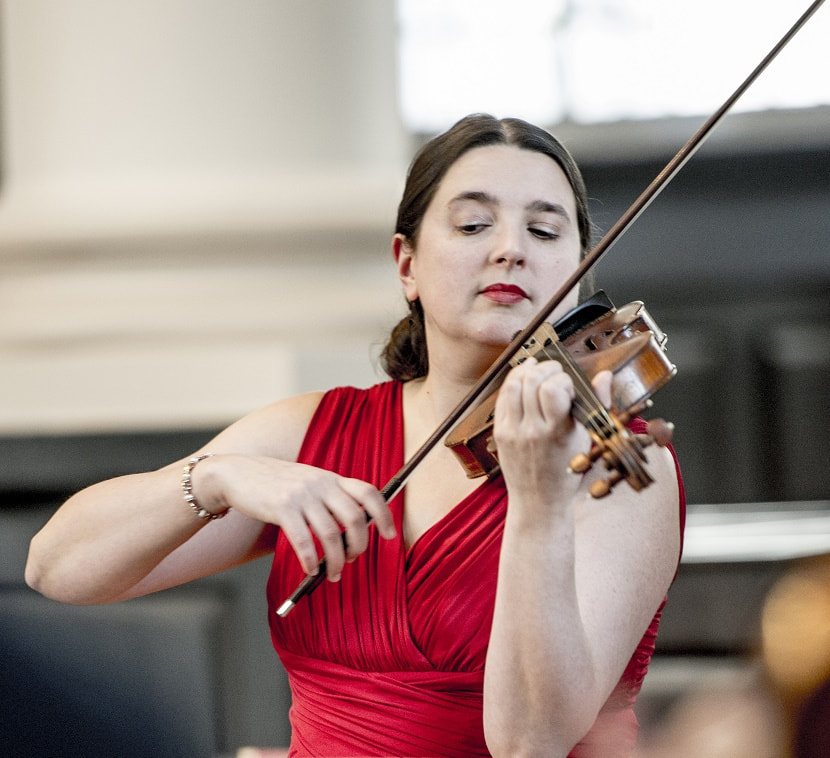 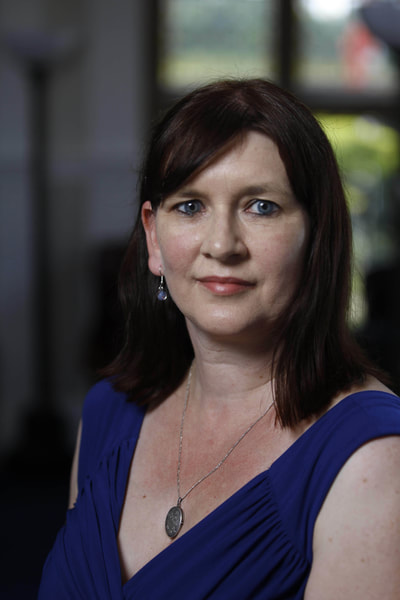 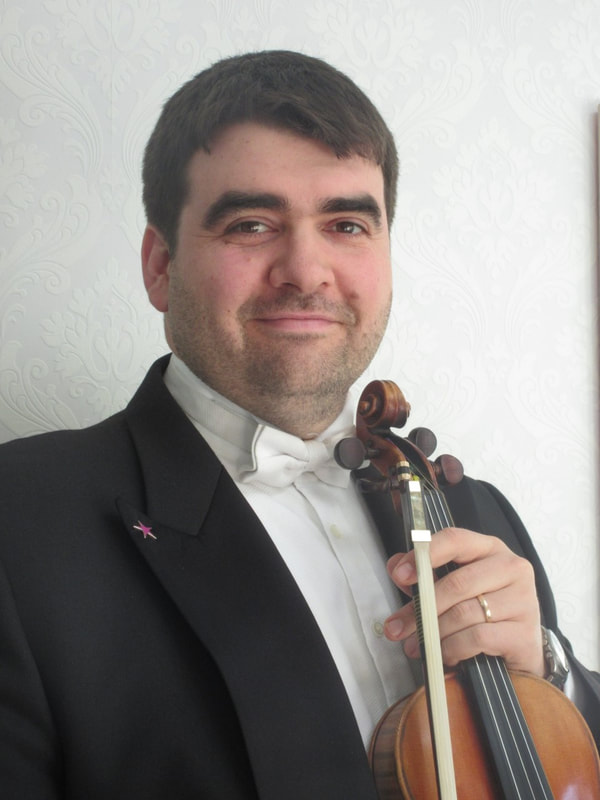 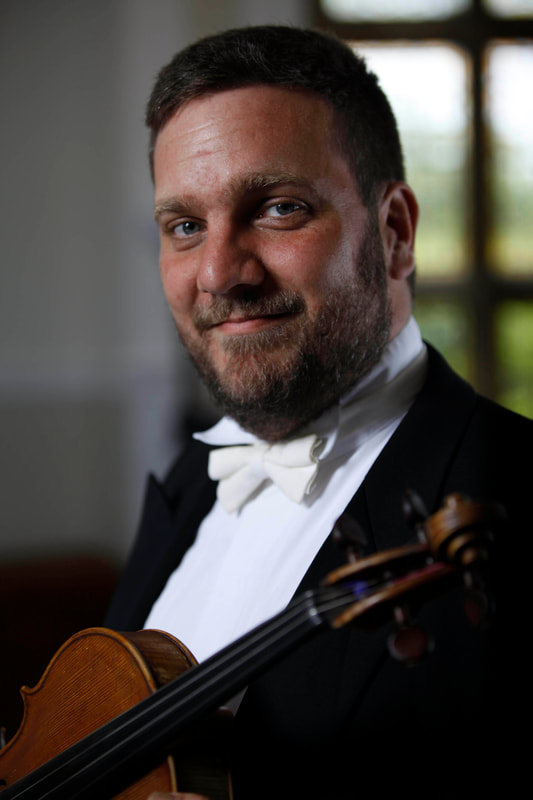 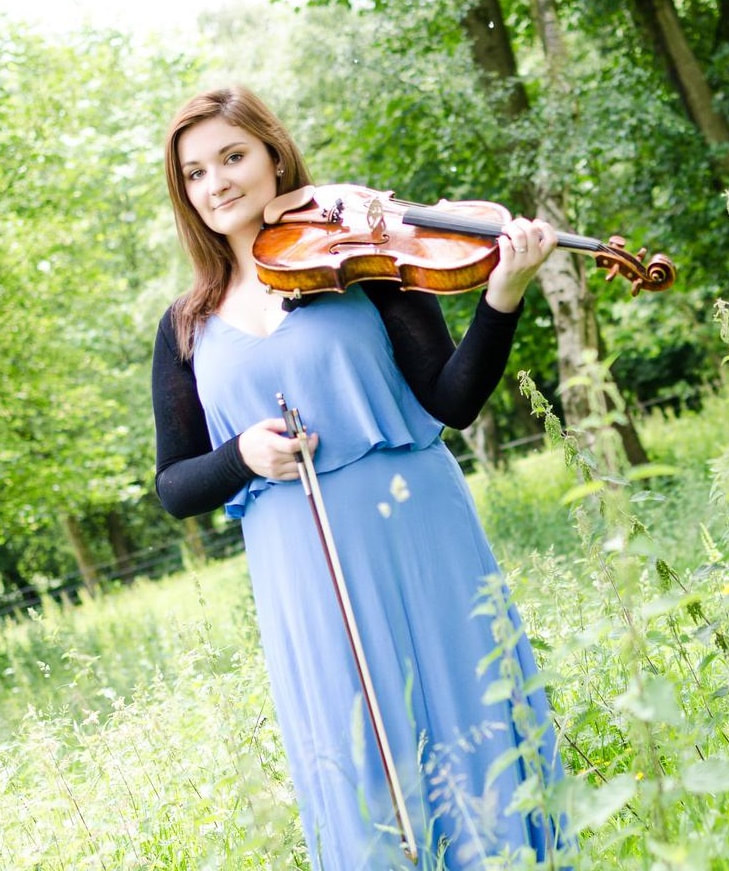 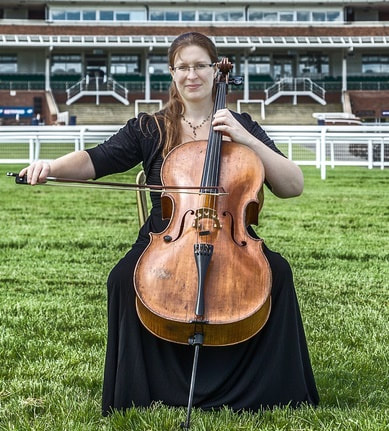 Robert (violin) studied at the Yehudi Menuhin School and the RCM where he won the Tagore Gold Medal. He has been Leader of the Royal Ballet Sinfonia since 1998 and the London Festival Orchestra since 1997.  With the LFO he has toured extensively throughout Europe, the Far East and The Americas regularly playing as soloist.  With the RBS he has also often played solo for Birmingham Royal Ballet and visiting companies such as New York City, Harlem, Dutch National, Morphoses and K Ballet Japan. He has guest led for BBC Philharmonic, Dutch National, National Ballet of Canada and several orchestras in Japan including Sapporo Symphony, Royal Chamber and Kansai Opera, and often leads for the Jardins Musicaux Festival in Switzerland. His recordings include the violin and piano works of Bax, Goossens and WH Reed (friend and adviser of Elgar) whose violin he owns.
Chamber recordings with the Carl Flesch Quartet include the works of Rawsthorne, Korngold, Rebecca Clarke, Rozsa and clarinet chamber music of Mozart and Brahms. Recent solo trips have taken him to Russia and China. Robert has taken music education projects into a wide range of places such as care homes, hospitals, prisons and schools with ensembles including London Mozart Players and Apollo Chamber Orchestra.

Richard (violin) studied at Birmingham Conservatoire and then as a Countess of Munster Scholar at the Royal College of Music. He is leader of Southern Sinfonia, and has led London Orchestra da Camera, Opera Brava, Chameleon Arts Orchestra, ensembles for Russell Watson and Katherine Jenkins, and been Principal Violin II for Dorset Opera and Neville Holt Opera amongst many others. He has performed with ensembles including BBC Concert, Britten Sinfonia, CBSO, Orchestra of the Swan and the Royal Philharmonic Orchestra.
He has performed with artists such as Gloria Estefan, Neil Sedaka and Jonny Mathis, and enjoys recording all manner of music at iconic locations such as Abbey Road, Air, Olympic and Angel studios. As a committed teacher Richard has formerly held positions at Uppingham School, Benenden School and Epsom College, and has given masterclasses and coached extensively, including at Junior Music Works, St. Paul’s Colet Court, Marryat Players, Rehearsal Orchestra and the National Scouts and Guides Symphony Orchestra.
Richard has performed in many outreach projects with Britain’s leading orchestras, including composition workshops and children’s concerts.

Helen (violin) studied as an exhibition scholar at the Royal Academy of Music. She regularly appears as concerto soloist at St Martin-in-the-Fields and Freemason’s Hall & is the leader of Belmont Ensemble of London and a guest leader of London Musical Arts Orchestra. She also performs with Trafalgar Sinfonia, London Concertante and Oxford Philharmonic. She has played for and recorded with Orchestra Nova for many years, specialising in recording premieres of works by contemporary British composers.
She has broadcast for BBC Radio 3's ‘In tune’ programme and for Scott Matthews as part of the itunes festival. She also was orchestral leader for Goldie when he conducted as part of his TEDx talk entitled ‘How art and music saved my life’.
In 2000 Helen was awarded a prestigious Fellowship of the Winston Churchill Memorial Trust enabling her to study with eminent violin professors in New York, including teaching training at the Junior departments of Juilliard and Manhattan Schools of Music and the School for Strings, a specialist Suzuki Method School. Since 1997 Helen has been a violin and viola teacher at Trinity School in Croydon (awarded ‘Best school for music in the UK’ by The Week Magazine in 2013) and for the past decade has also taught advanced students for the Trinity Music Academy.

John (violin) trained at Trinity College of Music following a Physics degree at Imperial College. He is a busy freelance violinist in and around London, sharing his time between teaching, freelancing and touring with London Philharmonic Orchestra, Royal Philharmonic orchestra amongst others, depping in West End and touring shows including Top Hat, and working with pop musicians both live and in studio, including Professor Green, Emilie Sandé Antony & the Johnsons and Tim Minchin.
A passionate teacher, in schools including Kings College Wimbledon, Kensington Prep and Old Palace of John Whitgift, John has widely led and participated in education projects  including working with LSO Education and St Paul’s Sinfonia. John also enjoys coaching the violins and violas of the South London Youth Orchestra.

Dan (viola) studied at the Royal College of Music. He has played regularly with English Touring Opera, Grange Park Opera, Carl Rosa Opera and Neville Holt Opera (including as Principal Viola) as well as with English National Ballet at The Coliseum in London. He also plays with Bournemouth Symphony Orchestra, Oxford Philharmonic Orchestra and London Concert Orchestra and is a member of the Mozart Festival Orchestra who perform extensively both in the UK and internationally, performing period repertoire in period costume. Dan has  performed with artists including Bernard Haitink, Anne Sophie Mutter, Tasmin Little, Nigel Kennedy, Lang Lang, Nicola Benedetti, Hilary Hanh, Janine Jansen, Maxim Vergerov, Vladimir Ashkenazy, Julian Lloyd Webber, Steven Isserlis, Lawrence Powers, Renee Flemming, Andrea Bocelli and Bryn Terfel.​
Dan has over fifteen years teaching experience, including in under privileged schools delivering free lessons to students who wouldn’t normally have access to instrumental lessons. Dan also runs a training string orchestra and has been responsible for the syllabus and implementation of a beginner violin programme which brought classical music to children, many of whom had no previous live musical experiences.
Dan also delivers corporate team building projects aiming to teach violin & viola in one hour to groups of up to 250 people. He has also participated in several education projects taking operas into schools, and a musical into a Category B prison.

Claire (viola) studied at the Royal Northern College of Music and then the Royal Academy of Music, and has been guest principal for English National Opera, City of London Sinfonia, Bournemouth Symphony Orchestra. She has also had the pleasure of playing with London Symphony Orchestra, Philharmonia Orchestra, the Royal Philharmonic amongst others.
She is an enthusiastic chamber musician, having performed with the Brodsky Quartet, London Sinfonietta and at West Cork Chamber music festival, and many other venues and festivals.
A passionate teacher, Claire has taught at the Junior Royal Academy's 'First strings experience' scheme, worked on Liverpool's 'in harmony' project in association with the Royal Liverpool Philharmonic, worked on projects alongside the City of London Sinfonia and participated in workshops at Wigmore Hall. She currently teaches Viola and Violin and coaches on Pro Corda Junior, intermediate and Senior courses.

Mark (viola) studied at York University and the Royal Northern College of Music and now leads a busy freelance career in London being Principal Viola for many crossover artists including Katherine Jenkins, Andrea Boccelli, Alfie Boe and Russell Watson alongside TV and film sessions. He also recorded the score for Victoria Wood’s film “That Day We Sang” (starring Michael Ball and Imelda Staunton) which aired on BBC2/Boxing Day 2014. His appearances on a Hollywood movie soundtracks include “Anna Karennina” (2013) and “The Theory Of Everything” (Nov 2014) which won the Golden Globe for Best Music Score and was nominated for an Oscar. He can also be heard on many “Sony Award” winning TV Adverts, from Reebok through to Mercedes Benz.
Mark is Principal Viola of the National Symphony Orchestra, a core member of Orchestra Of The Swan and is No.2 for Raymond Gubbay’s London Concert Orchestra, alongside extensive work for the BBC Orchestras. He was also in Katie Melua’s String Quartet alongside touring with a diverse range of pop artists from Peter Gabriel to Goldfrapp.
Mark is also Principal Viola for Jeff Wayne’s War Of The Worlds UK Tours and has deputised on many touring West End Shows including Phantom Of The Opera and Les Miserables.

Léonie ('cello) studied in Moscow, the Royal College of Music and the Royal Academy of Music in London. She has been Principal with Scottish Opera, Orquesta Filarmónica de Gran Canaria, Northern Ballet, Orchestra of the Swan and the British Philharmonic Orchestra, No.2 with the Royal Opera House, English National Opera, BBC Scottish Symphony Orchestra, Opera North and the Philharmonia and No.3 with Royal Philharmonic Orchestra.
She has also played as a soloist for Her Majesty Queen Elizabeth at Buckingham Palace, recorded at Abbey Road and played with artists including Jason Donovan, Shirley Bassey and Jeff Beck as well as live on BBC Radio 3 and as a soloist on Radio New Zealand. Léonie was the 'cellist on the Tori Amos musical “The Light Princess” at the National Theatre in 2013-14 and deputises on Disney's "The Lion King" & Andrew Lloyd Webber's "Cinderella" in the West End.
Léonie has worked as education project leader for The Orchestra of the Swan, the Three Choirs Festival & Ledbury Poetry Festival as well as having set up 3 series of community interactive children's concerts. She has been the ‘cello, improvisation, chamber music and orchestral coach on various Summer Schools for many years, and has lead the ‘cellos and taken sectionals for the UK’s Rehearsal Orchestra every year since 2007. She has also been involved in the Education Outreach programmes with orchestras including the Philharmonia, Royal Philharmonic Orchestra, City of London Sinfonia, London Philharmonic Orchestra and English National Opera amongst others, and has participated in workshops in a variety of different institutions varying hugely in age, social background, financial resources, ability and capability of the participants, and have included special needs schools, care homes, hospices and nurseries. Léonie was the adjudicator for the Bedfordshire Young Musician of the Year for 3 years. Léonie has taken masterclass days for the New Zealand Christchurch School of Music and the New Zealand Hawkes Bay Music Society, and been workshop leader for education projects in Christchurch schools which included ‘cello teaching, orchestral sessions and chamber groups.
Powered by