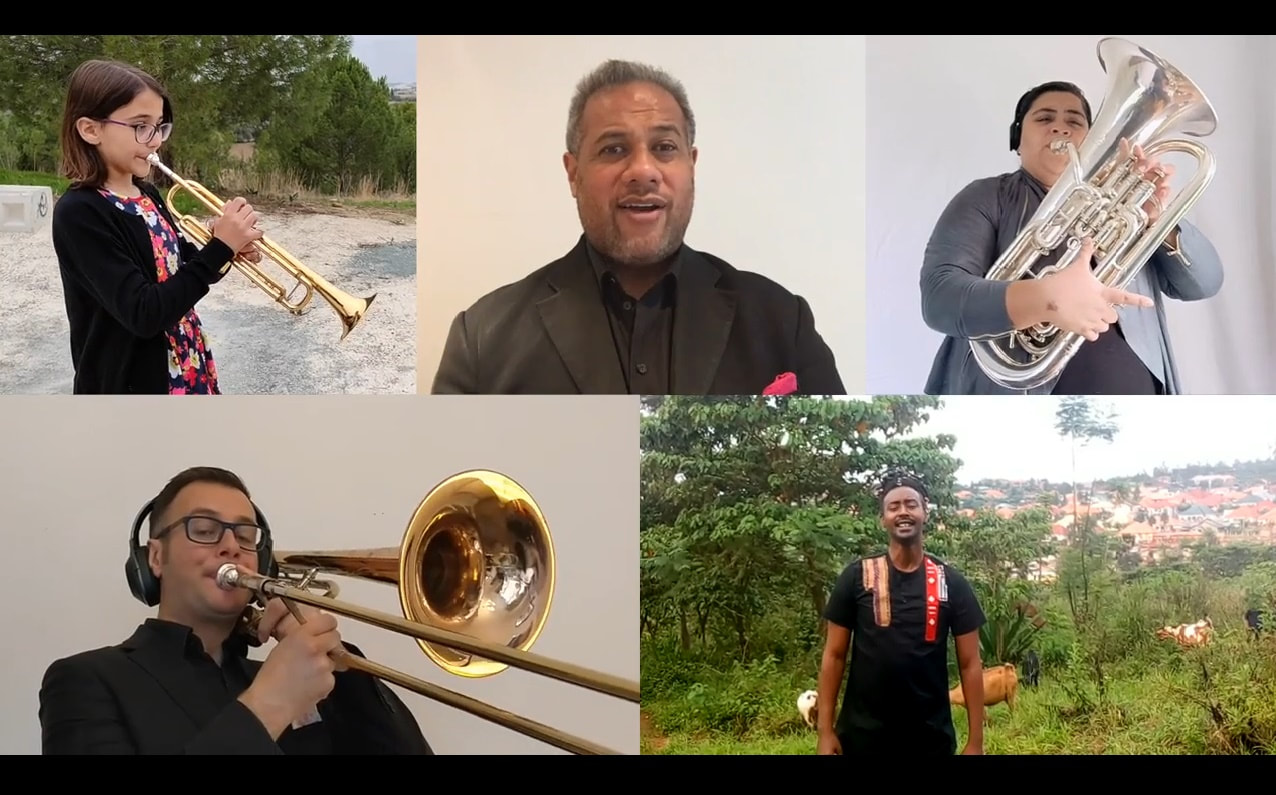 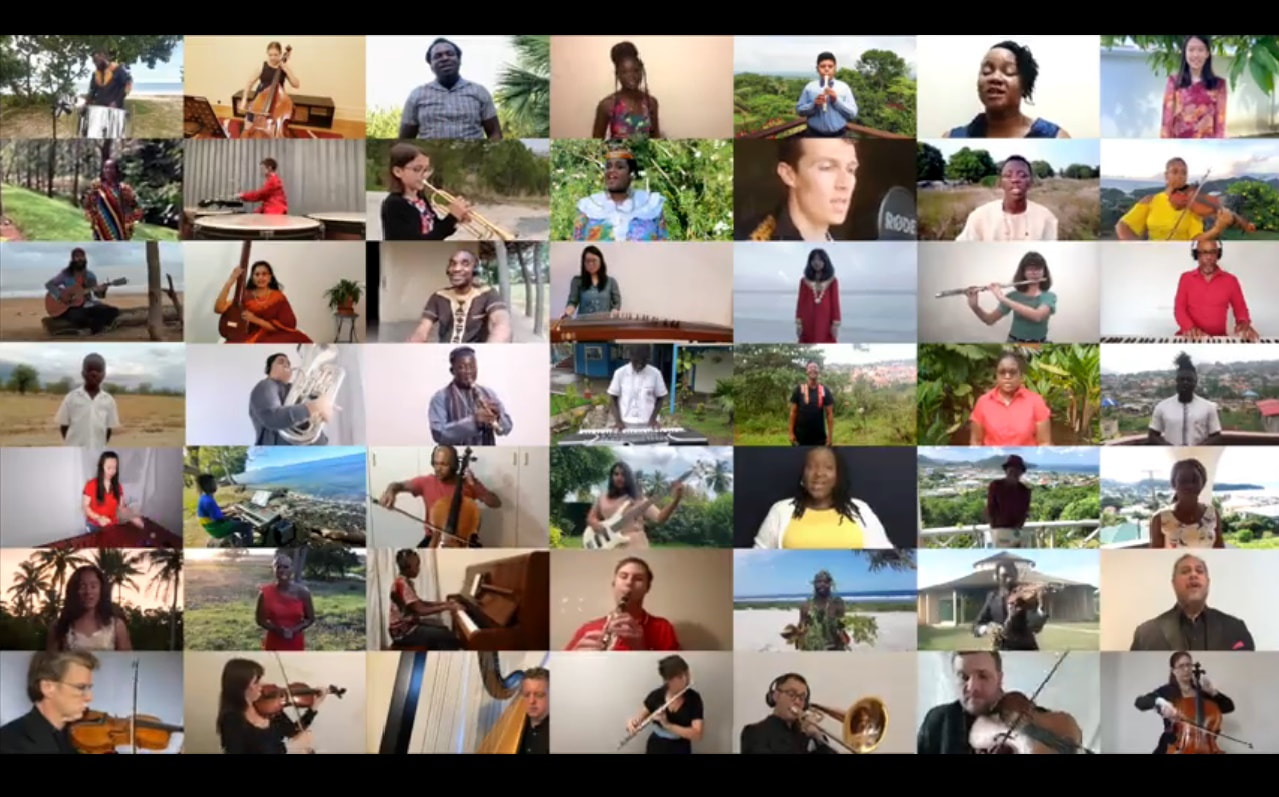 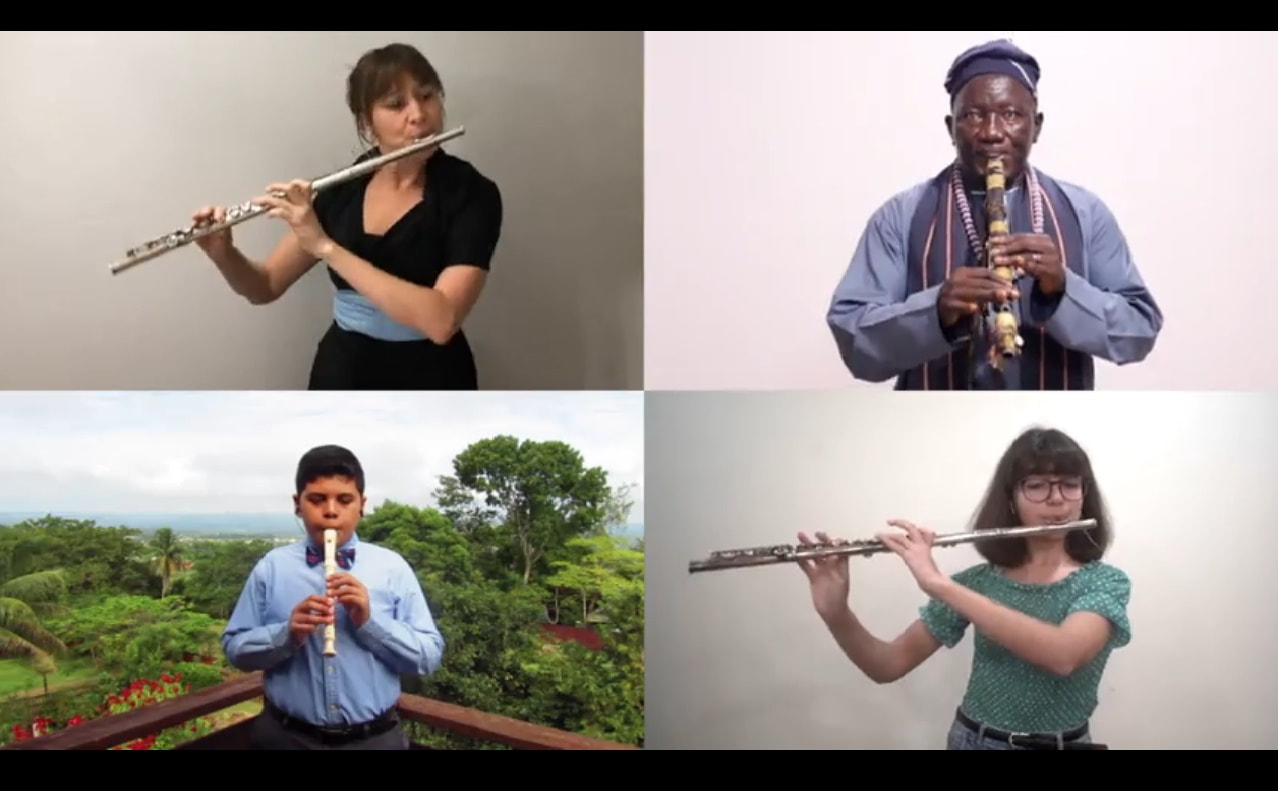 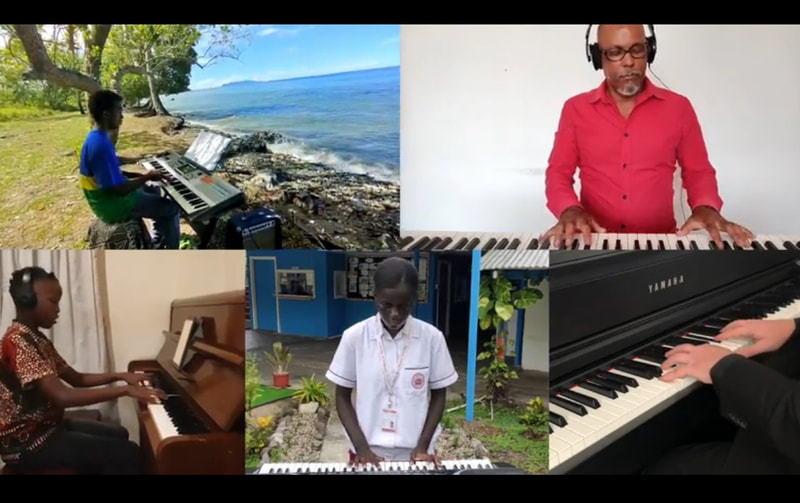 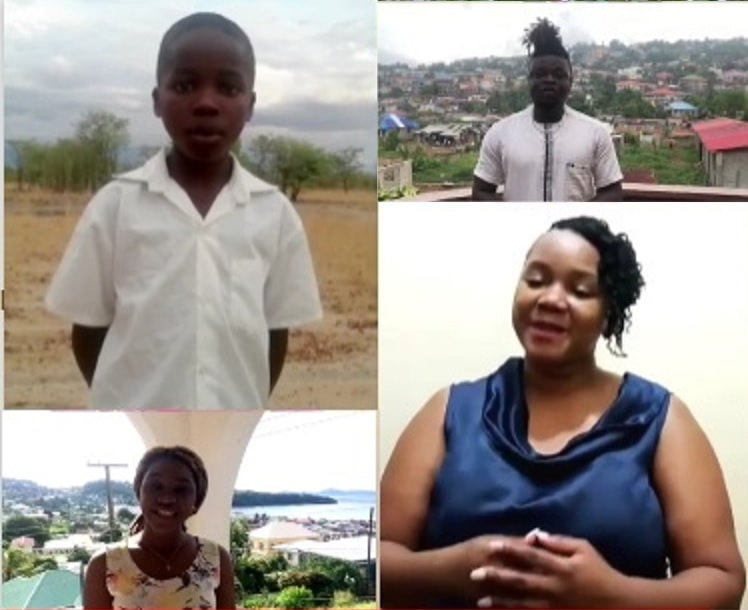 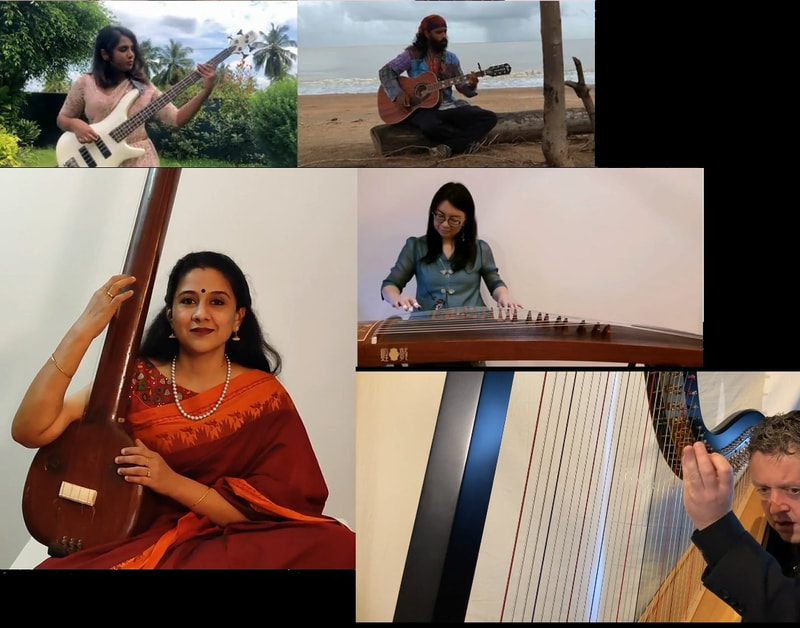 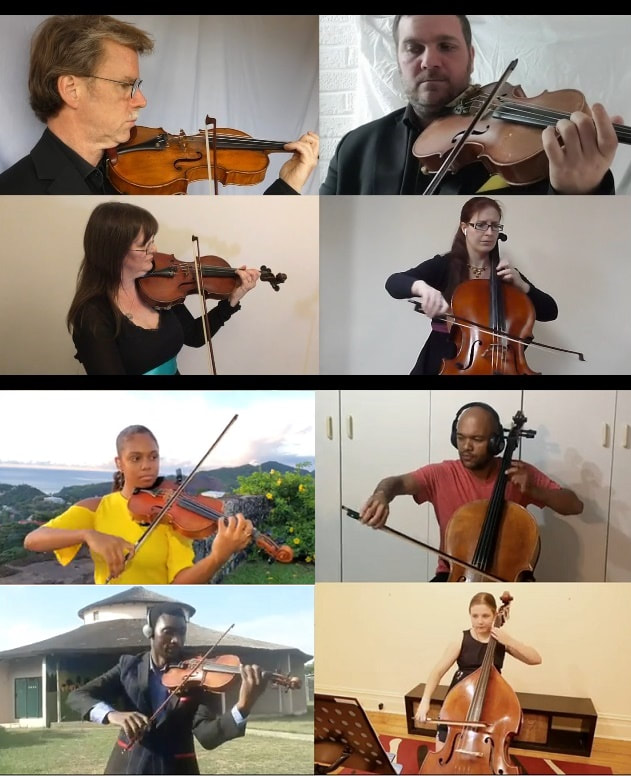 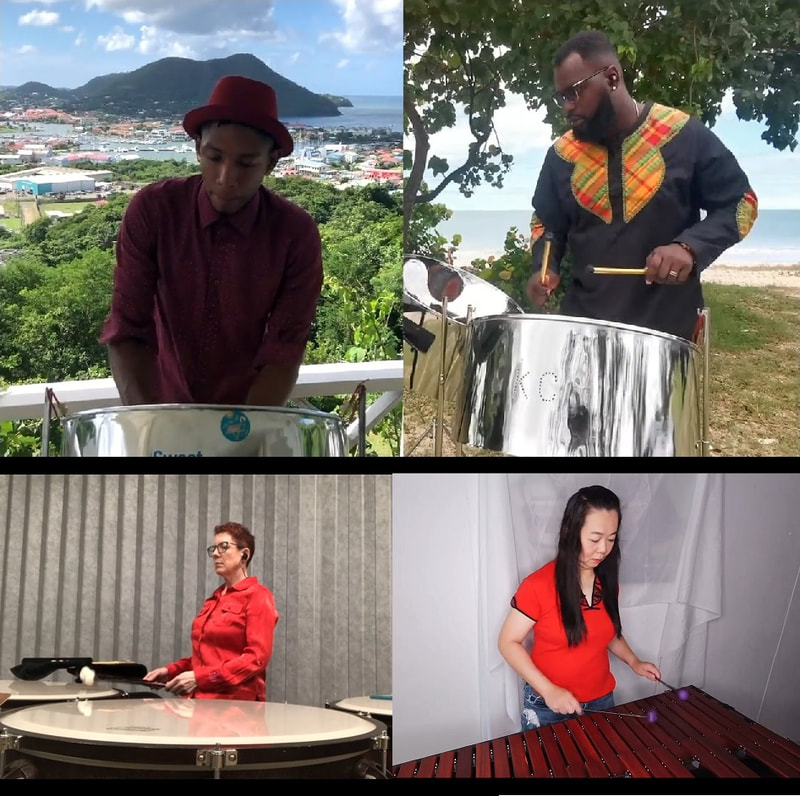 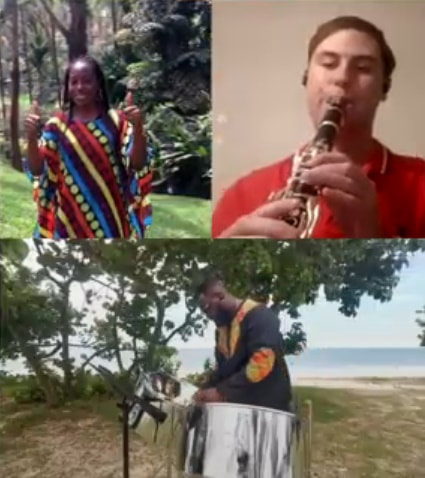 Musicians from all over the Commonwealth joined together on this track to create a unique celebration of music & unity during the pandemic.

Listen to The Dionysus Ensemble with Commonwealth musicians here:
Simple Gifts - United Commonwealth Covid Music Project​
Click here to follow the whole project on YouTube
[The] project also made me more aware and increased my knowledge of the range and number of countries that actually make up the Commonwealth!
- Emma, Australia

I learned of countries that I never knew existed.  - Jasmine, Barbados

It has taught me to believe in myself and to always do my best in everything I do. Being involved in this project has taught me that great things in life come with hard work and dedication, and that no matter how far we are from each other, music is a great platform to unite countries and people all over the world
- John Paul, Belize

It was like a dream becoming real. I learnt that one should always try and never underestimate himself/herself. More importantly, I learnt that team work is always wonderful. I will use this to impact my environment and encourage the younger generation, especially women, to believe and work for their dreams - Nakita, Cameroon

I got more confident and I know I can succeed - Elisa, Malta

What ever struggles and difficulties that I face in life, music is the only tool that can bring us together.
[ I learned to be] courageous to fight when ever I am facing difficulties in what life brings to the table
- Adrian, Solomon Islands

I learned that it's really nice to work together to create something beautiful to share with others
- Elli, Cyprus

That no matter how bad things seem - there is always hope, and that TOGETHER, we can make a huge difference in our own lives, each other's lives, and the entire world !
​- Gavin, Guyana

​
​The Secretariat invited applications from all Commonwealth citizens to represent their country in a mass musical and cultural performance.
The ‘Uniting the Commonwealth through music during COVID-19’ project is a never-before-attempted musical feat to combine the voices of musicians from the 54 member countries in one powerful virtual performance.
The project will demonstrate the power of music and art to lift spirits, improve mental health and encourage international camaraderie, as countries face up to the challenges of the pandemic.
Layne Robinson, the Commonwealth Secretariat’s head of social policy development, said: “This is a great opportunity to work with an outstanding and internationally recognised music partner to showcase the amazing talent and rich cultural diversity in 54 countries.
“Music has the ability to communicate the unspoken feelings of these challenging and uncertain times, we celebrate the contribution of the arts, music and culture in healing and inspiring the human spirit, even as we focus on rebuilding our lives and the society.
Founder and artistic director of the Ensemble, Léonie Adams, described the project as inclusive and intergenerational. She added that it aims to demonstrate the healing power of music and its role as an international language of understanding, solace and jubilance.
She said: “Whether you are in your village playing for no other reason than that you love it, or in a city singing at the end of a long day’s work, we want to hear you.
"We believe that everyone in the Commonwealth has a voice, so we are inviting applications from all citizens - young or old, rich or poor, city or village dweller, a beginner or a professional musician.

Commonwealth countries end the year with ‘uplifting’ and ‘powerful’ musical collaboration
Secretary-General Patricia Scotland has described a never-before attempted musical feat as “uplifting and a powerful testament to the Commonwealth’s resilience”.
The Secretary-General pointed out the importance of considering the arts in COVID-19 recovery strategies.
She said: “It is not just about employment prospects and developing human capital, it is also about mental health and other health benefits.
“Research suggests that involvement in art or music not only raises morale, promotes a sense of community and improves personal resilience, but also has a measurable impact on stress levels and benefits the immune system.”

For enquiries, email us: commonwealthmusic@hotmail.com